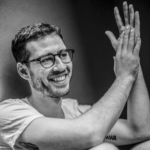 With television writing credits including ABC’s ‘Good Game’ and ‘The Roast’, as well as some sketch comedy contributions to the latest season of ‘You’re Skitting Me’, Seaton Kay-Smith has written for ‘A Rational Fear’ and ‘Backchat’ on FBi Radio and performed stand up comedy at Sydney Fringe (2012-2014/2016), Adelaide Fringe (2013) and Sydney Comedy Festival (2013-2015) He also appeared on season 7 of Australia’s Got Talent in 2013.

In 2014, he wrote, produced and performed in ‘Lost Pilots’, a comedy radio series on FBi and in 2015 his debut novel “A Fistful of Clones” was published by Harper Collins. He was selected as one of six emerging writers to attend the Screen Australia funded Deadlock Script Lab, and in 2015, along with Nick Hunter was a finalist in the NSW Creative Achievement Awards.

In 2016 he received development funding, in collaboration with Hardy White Pictures and Paper Moose, for a 360-degree virtual reality narrative comedy.

In 2017, Seaton was script editor on the digital series “Patricia Moore” for French SVOD service “Black Pills” to be released in 2018.

He is a writer, a stand up comedian and an actor. 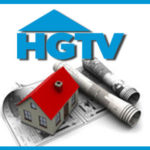 HGTV Is Searching for Home Owners Doing a Home Renovation for All New Show!

In a Relationship with an International Student? Share Your Story on New Show for Major Cable Network!