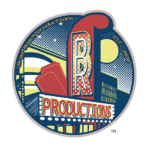 I first began discovering my talents at age two when I drew pumpkins on the wall. I studied the craft of cartooning at a young age during the long winters living in Germany (age 8 army brat). I stocked up on comics, Mad Magazine, Comic strip Trade books like Peanuts, Wizard of ID, BC, Beetle Bailey and Comic books.

I was challenged by my peers that I was only a cartoonist, So I began to experiment with all types of Art and Mediums such as Acrylics, Sculpting, Water colors, Graphite, Pen and Ink and Pastels, in which I enjoyed also. Although I won several art contest, my passion for Cartoons stood out. I came to the conclusion, I’m a Cartoonist and proud of it!

There after, I began my career in designing logos, window painting and T-shirts when I was 15 years old, but my desire to work in animation and cartoons has always been my pursuit. My personal life took a roller coaster ride.  I’ve experienced more than a normal man should like war, death, divorce (twice), and poverty.  I found myself stuck in the casino industry.

After Many years of being a freelance Cartoonist Graphic Designer, I took a step back away from graphic design portion to focus mainly on my craft of cartooning for my own projects. Although I’ve  worked in the casino industry for 27 years, I still maintain my position as Table Games Floor Supervisor. I use it for the flexibility, easy position and decent wage until my iron strikes.  If not, then I will focus on self publishing and personal creations.  That’s been my desire for so many years, now I finally have the opportunity to go for it.  In the process, I’ve also developed a comic strip about my life in the casino industry called “Dealing With It.”

Now I’m currently developing and promoting “Downtown Matinee.” It’s a story close to my heart because it reflects my childhood of going to the noon matinees when I was young.  My friend and I would set up with popcorn, Red Hots, Snickers and soda.  I recall when Superman premiered, it was a blockbuster for sure. I was living in Germany at the time(age 8, Army Brat).  Military (Army)  soldiers were standing up around because all the seats were sold out, but they allowed to watch the film if they didn’t mind standing.  When Superman said “ I fight for truth Justice and the American Way,” the crowd roared with applause.  I knew then how powerful movies were.   Everyone in the theater that day was teleported to someplace else for at least 90 minutes or so.  Comics, books, video games and film are so powerful. They tell stories of a certain era of time, teach and entertain. That’s when I knew I wanted to be part of that process.

I went to school for Digital Video editing, which I thoroughly enjoyed.  I understood power of storyboards, sound/music, staging, continuity and especially editing.