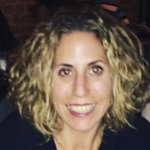 I began my career on the agency side at Manning, Selvage & Lee (MS&L) where I honed her media relations skills for Red Bull, Philips Electronics and for General Motors during their participation at the Sundance Film Festival. Additionally, I was an integral member of the team that launched Nike’s Shox brand and Nike’s Goddess stores. Making the move to in-house, I spent more than 10 years at The Wonderful Company as the media relations strategist for Teleflora, FIJI Water, JUSTIN Winery, POM Wonderful, Wonderful Pistachios, and Wonderful Halos.

I spent a year at ROKiT Group, a global media company where I played an integral role on the team surrounding the launch and on-going efforts of ROKiT Phones a line of glasses-free 3D devices, as well as partnership announcements with drag racer, Alexis DeJoria, Venturi, a Formula E race team, W Series, a women’s only racing team, and the Las Vegas Raiders. I also led the strategy and outreach efforts surrounding the launch of the brands Telemedicine app and its ROKiT Cities venture – bringing wide-area mesh networking WiFi XL services to communities across the globe.

After leaving ROKiT, I recenly led the launch of the brands Kindroot Adaptogems, a line of supplements that people will actually look forward to taking and SNACK, an all-new line of superfood clusters made with Spirulina.