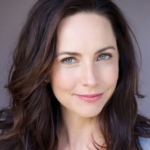 Laurel Harris is an American Actress best known by many for her portrayal of “Karla Porter,” wife to Willem Dafoe in the film adaptation of Dean Koontz’s best selling novel, “Odd Thomas,” directed by Stephen Sommers. Other notable performances include “Mrs. Copeland” in the American Girl film, “Saige Paints the Sky,” starring opposite Jane Seymour, and as the mommy-dearest-character, Helen, in “The Creep Behind the Camera.”

Laurel studied acting and musical theater at The United States International University in San Diego, California, was a theater major at Whitworth College in Spokane, Washington, and later honed her production skills at the University of Colorado, Colorado Springs before finishing her B.A. there with an emphasis in Film and Television studies.

An accomplished dancer and choreographer, Laurel was a founding member of Ormao Dance company in Colorado and trained for more than 27 years before retiring from Ballet, Jazz and Modern Dance. Her company, “Imagination in Motion” also brought the fun of dance and improvisation to school children and was a great source of pride for Ms. Harris.

While Laurel has been known nationally for hosting live television programming for varied programmers, including DISH TV, maintaining lengthy spokesperson contracts for Fortune 500 companies, and voicing countless television and radio commercials, she is also an accomplished producer. She’s won numerous Telly’s, NATOA’s and an Emmy from the Heartland Chapter for a series of notable PSA’s.

Her passion for the outdoors, family and acting keep her motivated and she is always eager to explore parts of the world unknown. 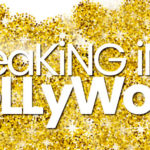 Actors: NOW Is the Time to Look for Agents & Managers – 3 Invisible Mistakes That Block You from Getting Awesome Representation!