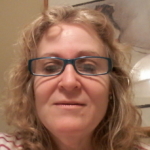 Laura Scheiner’s ardent desire to pursue a career in the field of magic was doused at the tender age of six when she discovered the magician at her birthday party could not really make her sister disappear.

After expressing interest in becoming a ballerina, a fireman, a nurse, a doctor, a lawyer, an astronaut, a teacher, the president, a toymaker, a candy maker and a Broadway star, Laura made the momentous decision to finish the third grade before making any decision regarding what she would do with her life.

Upon discovering that some people actually got paid – instead of in trouble – for making things up, her fate was sealed.

An accomplished screenwriter, Laura has been hired to write more than a dozen film, tv and new media projects including the award-winning film “Janie Charismanic” and “Crossed the Line,” starring Ice-T.

Laura was the head of development at Noble House Entertainment and V.P. at The Script Broker, where she helped hundreds of writers and producers improve their stories and their craft . She’s a contributor to “Now Write! Screenwriting” (Tarcher/Penguin) and a screenwriting mentor at the Film Connection.

She lives in Los Angeles where her cats Carys and Mochi run around her home and a bevy of fictional characters run around inside her head.

Casting Clubs & Groups of All Types for National TV Commercial! 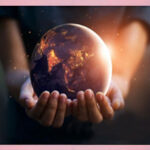