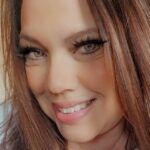 Kymberli Boynton is an entrepreneur of over 5 companies. Alongside she is an Actress, Producer, Director, Editor and Writer.  WHEW….Still keeping up?

Boynton started training and performing at the young age of three years old and has been in the Entertainment industry her whole life. At the age of twenty, she met Whitney Houston’s Aunt, Marlene Dove, Owner/Founder of “The Blackwell International Academy of Performing Arts Academy” & “Omni Awards”. Dove became Boynton’s Mentor & Agent and taught her the world of the entertainment industry. Boynton expressed, “I had no idea who she was when we first met. She immediately liked my dance and vocal skills and took me under her wing. She taught me everything I know now about the entertainment industry both talent and business aspect and from there, I just ran with it. I attribute that part of my success to her.”

Since 1999 Boynton has been the CEO, Owner & Founder of multiple successful corporations that include Polaris Performing Arts Academy which originated in Las Vegas, NV in 2007, moved to Lakewood, CA and now in the Inland Empire. Boynton wrote her first musical at age 13 and since then has written and performed three more full stage production musicals. Boynton is a quadruple threat, being professionally trained in Dance, Music, Vocal and Theater.

Boynton currently has two TV shows that are in post-production,  Season 1 of “Keeping Up with Kym” a reality TV show taking its viewers behind the scenes her crazy busy life that is also filled with off the wall shenanigans.  TV Talk Show “Keeping It Real with Kym” is a live studio audience reality “talk” show that will feature celebrity guests, influencers, business professionals and much more. Both are scheduled to hit Amazon Prime and RokuTV and other networks October 2022 and Spring 2023.

Outside of the Entertainment world, Boynton is also a Licensed Marriage and Family Therapist, Certified Master Life Coach and Hypnotherapist. She is the Owner and Founder of Serenity Wellness Center and Serenity Wellness Magazine.

With many things in the works, she is Co-Producer & Co-Star of A Shadow In the Dark Productions “Clowny” A Joseph Kelly Film and MJD Productions of “Journeyman” both releasing in 2023.

Boynton’s “Been There Sung That” host weekly on Wednesday evenings streaming live to showcase and interview karaoke talents all over nationally.

“My goal is to bring events into the community that would help create unity and fun for all. We have all been isolated way too long. Most of us have suffered or experienced some losses over this pandemic and some fear has been instilled in us, but it’s time we learn to get back out and remember how to co-exist together in the world.” She exclaims.

There is so much more to Kymberli Boynton, her experiences and career roles, but you’ll have to “catch up with her” to know more.

TV's Keeping it real With Kym"

What's new with Keeping Up With Kym

What's new with Keeping Up With Kym

TV's Keeping it real With Kym"