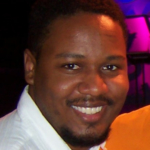 J.R. Jarrod (a.k.a. Jaxon Ronin) is a Los Angeles-based screenwriter, director and actor with a BFA in film/minor in drama from Syracuse University, and an MFA in film directing from Columbia University. He is the writer-director of the independent, urban, coming-of-age feature film “Divided We Stand,” which spun a tale of sexual assault, betrayal and abuse of power well before those issues filled our current public discourse. J.R. also stars in the film as Troy Jefferson. “Divided” won Columbia’s coveted and prestigious Milos Forman grant, and an Eastman Kodak film stock grant based on the strength of its screenplay.

He is a member of SAG-AFTRA and can be seen as the lead in “Divided We Stand.”