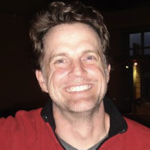 Currently mounting production of stage play “The You We Knew” at New American Theater in Los Angeles for Fall 2018. Recent play “You Could Be Here Now” premiered in April 2017 at Santa Monica Theater. First part of play the series, “A Better You,” produced as part of Hollywood Fringe Festival in 2016. As playwright, has had readings with Piano Fight Theater, Studio C, and The Road Theater in Los Angeles area.

As a writer for film/tv, currently working with Energy Entertainment to develop feature based on one hour drama pilot “Shining City” – a finalist in the LaunchPad Pilot competition – while serving as an Executive with an Educational Technology firm.  Previously, was head writer/producer for “Cost of Capital,” an award-winning web series moving into 2nd season (http://goo.gl/ugknTc).

Previously received filmmaking grant to write/direct short “SuperFans” for DIRECTV/FILMAKA.  Prior to that, was head writer for horror project “The Scary City.”  In 2009, completed a page-one rewrite of feature script “The Breakers” for Red Hen Prod., the company behind David Mamet’s “Edmond.”

In 2007, made directing debut with “Do Not Disturb,” (also writer), a 26 minute thriller that premiered at the Los Angeles International Shorts Festival.  The short went on to win multiple awards, including FADE IN magazine’s award for top short.

In addition to credits for “Falcone” and “Law & Order” (which includes writing the highest rated premiere in the history of the 20 year old show), has also written for Paramount/CBS’s “JAG.”  Additionally has served as producer and writer for E! Entertainment’s “True Hollywood Story.”

Began career as a legal researcher for Universal/Wolf Film’s “Law & Order” and, previously, as an editor for Miller Freeman Publishing in San Francisco.  Holds a B.A. in Cinema from San Francisco State University and attended Webster University’s Theatre Conservatory studying acting on scholarship.