Here’s a great event coming up

featuring an open Q&A with COLUMBIA

creators of ALL TYPES, and ANYONE who wants to know the inside scoop

on how things work behind the scenes at a film studio!

Matthew will be available to answer

all your questions in a live Q&A at this one-time-only event!

feel free to forward if you know someone that would be interested!

*  Looking to network with

one of Hollywood’s most powerful executives?  *

about production and development at a major motion picture studio?

No matter what level you are in your

THIS IS AN INTIMATE EVENT THAT YOU DO

NOT WANT TO MISS!

All participants will have

an opportunity to ask candid questions directly to the speaker!

This is an Educational Event Only – NO pitching of

scenes at a television network!

FOR INFOLIST.com!! Use the special link below, and get over

SPACE IS LIMITED, SO

Matthew Milam is a

Vice President, Production and Development at the Columbia Pictures

division of Sony Pictures.  During his time at Columbia,

BIOSHOCK, based on the critically lauded video game that was sold 24M

copies, GRAN TURISMO, the adaptation of the definitive

racing game which has sold 75M copies, MASTERS OF THE

UNIVERSE, based on the iconic 1980s Mattel toy brand,

STARSHIP TROOPERS, the remake of the Paul Verhoeven classic,

selling book series. Prior to joining Columbia, Milam was a

Vice President at Skydance Productions where he oversaw

and G.I. JOE RETALIATION.  Milam was also an

executive at Warner Bros where he worked on CLASH

SUPERMAN: MAN OF STEEL and JUSTICE

LEAGUE.  Milam was also an executive producer on

as well as MISCONDUCT starring Al Pacino and Anthony

or I met you somewhere, and you indicated you were interested in information I

come across related to the entertainment industry, casting, events, parties,

etc. Please feel free to forward this email to anyone

you feel would be interested – however, YOU MUST INCLUDE THE 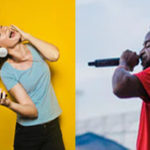