Here’s a great event coming up

Management), whose worked with everyone from Robert Rodriguez

managers, etc., and ANYONE who wants to know the inside

scoop on how things work behind the scenes!

Wendi will be available to answer all

your questions in a live Q&A at this one-time-only event!

feel free to forward if you know someone that would be interested!

*  Are you seeking literary

representation as a writer?  *

script (feature film or TV pilot) that you are trying to sell?

*  Want to know what makes a

Whatever your situation – now is your

writer from a top industry professional!

All participants will have

an opportunity to ask candid questions directly to the speakers!

managers, etc., and ANYONE who wants to know the inside

scoop on how things work behind the scenes!

SPECIAL DISCOUNT FOR INFOLIST.com!! Use the special link below, and get

SPACE IS LIMITED, SO

successes include having a writer on three shows: Huluäó»s The Path,

Our Kind of People; selling a pitch in the room directly to Kevin

graduate of Washington University in St. Louis, Missouri, rather than move home

to New York, Wendi Niad headed west to Los Angeles where she began her career

in entertainment at the Comedy Store writing comedy material with and

for the likes of the late great Judy Toll and Andrew äóìDiceäó Clay.

disillusioned with the world of comedians, eight months later, she began her

trajectory in the agenting world at ICM working with David

Wirtschafter, the then President of the Motion Picture Literary Department.

was promoted after discovering her own superstar, Shawn Levy, (Stranger

Things; Arrival; Night at the Museum) off his 30 minute USC thesis film,

and signed the multi billion dollar Stephen J. Cannell Company to the

to work more closely with her clients in a less corporate environment, with the

full support of her agency mentors, Niad became a manager where she now

1997 and has been flourishing ever since.

RECEIVE NOTICES LIKE THIS WITH MORE INFO ON ENTERTAINMENT INDUSTRY JOBS,

You’re on this e-mail list because I most likely

met you somewhere, and you indicated you were interested in information I come

across related to the entertainment industry, casting, events, parties, etc.,

or you registered at www.INFOLIST.com.

Please feel free to forward this email to anyone you

feel would be interested – however, YOU MUST INCLUDE THE

People Caring for their Parents or Grandparents, or Visiting Them in a Care Home or Retirement Home – Casting Short, Paid Shoot for Top Web Series! 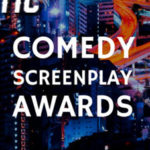