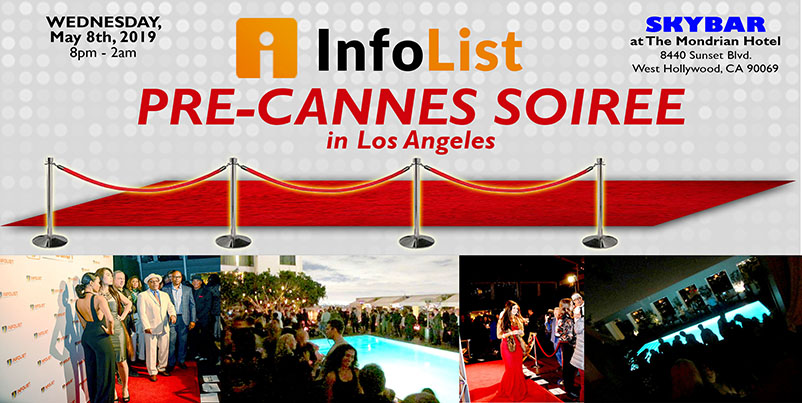 Special Guests include ROYSTON CRABAUGH – Design Director for the entire STAR TREK franchise (i.e., he’s responsible for overseeing the look of EVERYTHING on all the shows and films!) and SHIE ROZOW – the Music Supervisor from Avengers: Age of Ultron, Hustle & Flow, Hellboy 2, Desperate Housewives, Snowfall, PLUS Music Artist CHERYL K – main vocalist on opening and closing song in Crazy Rich Asians, and more!

PLUS – We’ll have plenty of unannounced CELEBRITIES and other top industry guests in attendance as well!

Previous attendees have included celebrities from top films and TV shows, as well as major companies, networks, and agencies, as well as distribution companies, financiers, and more!  Too many to list here – so check out the links to photos from our previous events at the bottom of the invite below to get the idea!

Support INFOLIST, and get your tickets now at the link below!   And also be sure to get a drink while you’re there so you can drink a post-birthday toast with me (and because good bar sales ensure I can keep doing these events!)!

See you all there – good luck, have a great day, and don’t forget to dream big!

invite you to attend a

Design Director  for the entire

Plus TV shows including

Alice Amter – appearing in Big Bang Theory, and starring in A Man Apart

Allisyn Ashley Arm – starring in NBC’s A.P. Bio and on Disney’s Sonny with a Chance, and So Random

Celeste Thorson – Starring in A Kid Called Mayonnaise (Amazon), appearing in Unsolved, How I Met Your Mother

Ace Vaptsarov – composer for the film “Purple” screening at Cannes

AND MORE TO BE ANNOUNCED SOON!

Bring It On • Whiplash • Skyscraper • The Karate Kid •  Cobra Kai

and many, many more!

You should attend if:

You’re going to Cannes, and want to get a head start and mingle with people who are also going

You’re NOT going to Cannes, and want to meet people who are going

You just want to have FUN and mingle with great people

You just want to do some high-end networking!

at the Mondrian Hotel

INFOLIST.com PREMIUM and PRO members get 60% OFF!  That’s just $8 (normally $20!) for General Admission tickets, and only $12 (normally $30!) for VIP Tickets with Red Carpet priority access!

DISCOUNT DRINK TICKETS available as well – details at the link below!

NOT AN INFOLIST PREMIUM OR PRO MEMBER?
Sign up here to receive the 60% OFF discount on this event, and other discounts on many other top industry events:
https://infolist.com/membership/premium/

OR pay regular price and

GET YOUR TICKETS NOW AT:

THIS WILL BE A SOLD OUT EVENT

Tell them you were sent by Jeff Gund!

If you are interested in being a featured Special Guest,

For pics of our previous events:

I look forward to seeing you there! 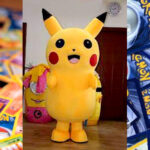