And it’s LIVE ONLINE via Zoom – so you can attend from ANYWHERE!

A not-to-be-missed one-time event for filmmakers, actors, producers, writers, and content creators of all types!

As always, there’s a great discount for INFOLIST.com – details are below, and feel free to forward if you know anyone who might be interested!

Pitch to a panel of top industry professionals

and potential funding for your film!

A Day of PANELS with

AND MANY OTHER TOP INDUSTRY EXECS, CREATORS, AND PROFESSIONALS!

A not-to-be-missed one-time event for filmmakers, actors, producers, writers, and creators of all types!

Rubenstein Business Law presents Independent Filmmaker Day, which is being held Live via Zoom during the same time as the Virtual Cannes Film Festival.  Independent Filmmaker Day is a private day-long event held alongside premier film festivals ~ such as Cannes, Sundance, and TIFF – that fosters the development, production and promotion of projects in film, media, and beyond.

We help independent creators from around the world develop new projects, connect within the industry, and champion collaborative and impactful storytelling at all stages.  At each event, you will hear from acclaimed industry experts concerning screenwriting, producing, funding, marketing, music, post-production, and distribution.

We also feature a rapid-fire Pitch Competition, and an After-Party to add new professionals to your network.

All panels are moderated by Corky Kessler, voted “Best Entertainment Lawyer in the United States.”  Produced by Eric Vollweiler.

Introduction by David Rubenstein and Corky Kessler
David Rubenstein – A Business and Entertainment Lawyer who has been voted a “Super Lawyer Rising Star” for 7 years in a row, an award given to less than 5% of all attorneys.  David counsels film clients on all aspects of their productions to help them achieve their goals.  Most recently, David was a Producer’s Consultant on the acclaimed film, Human Capital, starring Marisa Tomei and Liev Schreiber, which premiered on the red carpet at the Toronto Film Festival.

Panel #2 – Women in Film (Discussing Current Issues Affecting Women in Film)
Carol Anne Shine – Award-winning producer who has produced over 50 titles for film and television.  Highlights from her long list of credits include “Blackbird” starring Academy Award® winner Mo’Nique, and I Am Legend starring Academy Award® nominee, Will Smith.
Nancy Puetz – Vice President of Women in Film & Television, International (WIFTI) and President of Tennessee Women in Film & Media (TWIFM).  She is also the Founder/Executive Director of Franklin International Indie Film Festival (FIIFF).
Tina Treadwell – President of Treadwell Entertainment Group.  She oversaw series casting for Lizzie McGuire, Even Stevens, and The Famous Jett Jackson with director Shawn Levy (through which she helped launch the careers of Shia LaBeouf, Hillary Duff, and Lee Thompson Young).

Panel #3 – Screenplay and Beyond (How to Get Your Film on the Big Screen)
Ronnie Yeskel – Acclaimed Casting Director with over 100 Credits including Pulp Fiction and Resevoir Dogs.
Todd Hein, CPA – Senior Tax Manager at Stockman Kast Ryan +Company LLP.  He speaks frequently to film industry groups, specifically regarding the application of Internal Revenue Code Section 181 and 168.
Dave Conlon – CFO and founding partner of EggPlant Collective and it’s group of companies.  EggPlant was formed in 2001 and has two media facilities in downtown Toronto capable of handling all aspects of post production, from dailies to final deliveries.
Jacob Krueger – The founder of Jacob Krueger Studio at Writeyourscreenplay.com,  Jacob has worked with thousands of writers, from Academy and Tony Award Winners, to beginning writers picking up the pen for the first time.  Jacob is a WGA Paul Selvin Award winning screenwriter, playwright, producer, and director.

Panel #5 – An Actor’s Perspective on TV and Film

Tony Shalhoub – One of the stars of the hit TV Show, The Marvelous Mrs. Maisel, which just earned him a Prime Time Emmy Award.  In total, he has won the Golden Globe for Best Actor, six Screen Actors Guild Awards, and four Primetime Emmy Awards.

Limited to only 30 presenters – so register asap!
Your chance to pitch your idea to a panel of industry professionals – they are the people who matter.  They are the ones who decide which films get made and which films get shown in cinema and on TV.
You have 5 minutes to convince the panel to read your script or fund your film.  Limited Availability of only 30 Pitches.  Winner receives over $20,000 in In-Kind Services for 2020-2021 to help make their film.

Judges:
Corky Kessler – Mr. Kessler has extensive entertainment law, corporate and entertainment industry experience.  He regularly speaks on the business and legal aspects of feature film development and tax incentives in connection with the entertainment industry.  Corky is actively involved in film fund transactions and counseling, and film funding source development in North America, and is expanding his practice internationally.
Tina Treadwell – President of Treadwell Entertainment Group.  She oversaw series casting for Lizzie McGuire, Even Stevens, and The Famous Jett Jackson with director Shawn Levy (through which she helped launch the careers of Shia LaBeouf, Hillary Duff and Lee Thompson Young).
Marc Gold – An in-demand entertainment executive and producer of Fresh Cats Productions and currently oversees development, marketing, and finance for high quality independent films ranging from 500k to 15 million dollars.
Jacob Krueger – The founder of Jacob Krueger Studio at Writeyourscreenplay.com, Jacob has worked with thousands of writers, from Academy and Tony Award Winners to beginning writers picking up the pen for the first time.  Jacob is a WGA Paul Selvin Award winning screenwriter, playwright, producer and director.

INFOLIST.com members can use special discount code INFOLIST15 and get 15%OFF!!  That’s just $80.75 (normally $95!) for the full day of PANELS, and just $42.50 (normally $50!) to take part in the PITCH FEST – register NOW for an amazing event with top industry professionals!

Be sure to use discount code INFOLIST15 when you register for this event the link below: 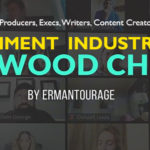