Here’s a great opportunity for Latinx FLUENT SPANISH-SPEAKING fans of DISNEY, MARVEL, PIXAR, STAR WARS, OR NATIONAL GEOGRAPHIC to be featured in a PAID national commercial!

Because this is a national commercial, that means there’s an opportunity for HUGE PAY in residuals!

We are searching NATIONWIDE for SPANISH-SPEAKING FANS OF DISNEY, MARVEL, PIXAR, STAR WARS, OR NATIONAL GEOGRAPHIC to appear in a paid television commercial!

Because this is a national commercial, that means there’s an opportunity for HUGE PAY in residuals!

Are you bilingual Latino who speaks Spanish as your main language, and are any of the following:
•  A family who loves Disney (by Disney, we mean Marvel, Star Wars, Pixar, or National Geographic!)

•  Someone who can name Disney characters, has seen almost all the movies, can sing the songs, and is proud of their fandom?

•  Someone who can recite lines from their favorite Disney Movies?

•  Someone who can do impressions or the voice of their favorite Disney Character?

•  Someone who has seen every Disney movie multiple times?

•  Parents who enjoy watching Disney shows with their kids?

•  A family who dresses up as Disney characters either at home for fun, for conventions, or for when you visit a Disney park?

If so, we want to hear from you!  We’re looking for Latinx individuals, couples, or families who are huge fans of Disney, Marvel, Pixar, National Geographic, or Star Wars!

Now is your chance to be featured on a fun national commercial!

PAY:  Each participant will be paid $712 per each travel and shoot date, PLUS residuals should the commercial air (can be VERY substantial!)

Be sure to mention you heard about this from Jeff Gund at INFOLIST.com for priority consideration, and email ALL the information requested below to:

Be sure to include:

3.  City/State where you live

4.  Be sure to mention you heard about this from Jeff Gund at INFOLIST.com for priority consideration!

You will be sent information on how to complete your submission online – we look forward to hearing from you! 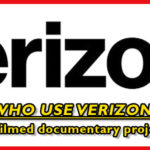 Families Who Use Verizon Wireless Wanted – Casting NEW Amazing Project for Verizon! (Re-Submit Even If You Have Already Submitted Previously!) 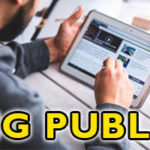