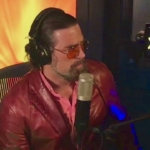 THE ARDAVANY APPROACH – CONSCIOUSNESS IN ACTION:

An innovative method to enhance perception and creative expression for Actors.

Tom Ardavany teaches “The Ardavany Approach” to Actors, Writers, Directors and other creative individuals at Nirvana Studios Hollywood. Imagine this: A pathway to the Art of Acting that simultaneously Enhances perception and creative expression.  Enter the Ardavany Approach to Acting- acting being synonymous with taking action! This innovative, conscious route into the process of acting is Extremely effective and accessible.  By utilizing The Approach, the Actor connects to his inner mega-power source for maximum impact both on-camera and on-stage.

Action is at the heart of American culture.  Knowing which principles comprise (the right) action, properly applied, can fully assist the actor to attain whatever it is he is after in his work.”  Tom adds, flashing an irresistible smile,  “It’s better then the Secret.” Tom’s insightful and advanced concept is to define/perform the “right action” under every circumstance.  Ardavany’s approach blends

Interactive exercises in the form of conscious breathing techniques and maximizing our enhanced creative imagination, to enter the gateway of personal authenticity. Simply and effectively The Approach teaches the Actor to deeply understand his character by unveiling his personal truth and archetypal journey.  In addition, The Approach uses specific tools to analyze and fully engage one’s personal script, gaining insight to a past history with which to infuse a character¹s life, as well as the capacity to ACT-ively proceed with purposeful dimension into future storylines.

Understanding the elements that make up an action is what an actor does in order to act truthfully.  According to Ardavany, the working Actor needs to enlist perfect composure to do his work in every media.  When he(the actor) is able to distinguish between preparation and right action, freedom to be fully present in each moment is granted, thus extinguishing fear. Ardavany explains  The place of fearless existence is what we strive for –that is the goal — a destination achieved by realizing the Living Actor Principle, taking the right action, using our life as a stage and knowing where we are going. Once fully established in the present moment, the Actor naturally

Imbibes the core essence of his character in addition to understanding the characteristics and needs of those around him.  He then can align, attune and control what he projects (to the world) with a clear intention of HOW he wants to be received.  This process maintains its integrity by the practice of awareness, making adjustments in the moment, releasing what is no longer needed and remaining curious. By perceiving the needs of others (in addition to his character’s), the Actor expands his capacity to offer directed guidance to those he interacts with, as well as those he coexists with in life, creating an experience that serves everyone for the highest good.  Each week students of The Approach apply these teachings in class and on camera.

For the Approach founder, Tom Ardavany, a charismatic spiritual soul with a talent for teaching, stated that devising these new tools came from necessity. In his frustrating earlier years, bouncing from acting studios to master classes in search of the truth to his craft, Tom did study some interesting techniques and somehow managed to learn how to act in the process.

But he still felt at a loss when it came to having a (fool-proof) method to confidently work on a set in front of the camera in totally foreign environments other then the class room.  No teaching properly prepared him for the work (to realize his potential when action was called). The immense stress factors an Actor faces in modern day television and film work for example, were not being addressed.  Cut to fifteen years later: after many years of focused effort, The Approach methodology effectively eliminates these obstacles. Mr. Ardavany believes his approach to acting will eventually change how the craft is taught. This direct, simple application culminates in a solid technique incorporating the three areas that define modern acting:  Script, camera and the action application.

The Ardavany Approach
“Developing Artists, realizing, discovering
and rediscovering their maximum potential.
Its about ‘the work”. 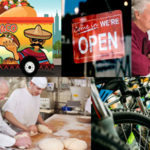 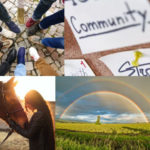 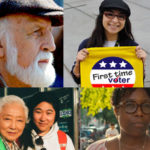 Selected scenes from the film Savaged.

Capturing the song writers process as she hikes up a hill.