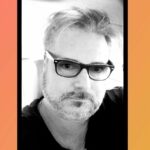 Steve is a former Walt Disney executive with 30+ years of major media experience.

He is also a founding principal of Primary Entertainment LLC. formed in 1999, and through which he and his team produced cross platform content and advised clients in key areas of media financing, including film and television production, distribution, post production, music supervision, media acquisitions, and global corporate sponsorships.

Steve now splits his time between his homes in both Pasadena, CA. and Las Vegas, NV.