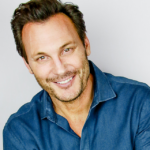 As one of the pioneers of the digital era, Mark is best known for co-creating, producing, and starring in the groundbreaking, Streamy award-winning series, The Bannen Way for Crackle and Sony Television. Within the first ten weeks of release, The Bannen Way garnered over 14 million views. It went on to win 4 Streamy Awards, including Best Drama, Best Director and Best Editor, and Mark for best actor, as well as nominated for two Webby Awards and a BANFF Award.

With a diverse, 20-year career in the industry, he has learned the business from the ground up and had the good fortune of collaborating with top directors, including Steven Soderbergh, David O. Russell, Sam Raimi, and Robert Rodriguez. As versatile as he is ambitious, Mark has demonstrated a penchant for the entire creative process, using forays into writing, acting, and producing to inform his directorial philosophies.

Mark’s feature directorial debut, Murder In Mexico, was based on the actual events of Bruce Beresford-Redman and premiered on Lifetime. He’s recently directed two thrillers, Model Citizen that premiered on Lifetime and The Surrogate, currently in post-production. Mark also directed and produced the pilot, Intricate Vengeance, for Ron Howard and Brian Grazer’s New Form Digital. He’s directed commercials and promos for Fox, Capital One, ESPN, Nissan, and GMC.

Mark recently co-executive produced and wrote two Audible Original true-crime audiobooks premiering this summer. He’s also produced three features with his wife, Brianne Davis, through their Give + Take Production company, The Night Visitor, The Night Visitor 2, and Psychophonia. Mark and Brianne are currently developing and pitching three TV series together. They live in Los Angeles with their son Davis and dog Bear.