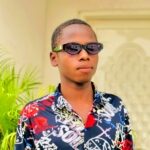 Jaffy Jee raised in Jalingo, north eastern Nigeria. His parents are from northern Nigeria; his father is from Jalingo in Taraba State, his mother from Yola, Adamawa State. Jaffy Jee’s parents relocated to Yola, living in the Fulani community area, called Jimeta. He completed his primary and secondary education in Yola. While raising up, Jaffy Jee evolve an interest in music, listening to songs by Lil Wanye, Justine Bieber and Post Malone and others. He speaks several languages: Hausa, Fulfulde, and English. As of 2019, Jaffy Jee is studying at the Federal Polythecnic, Mubi, Mubi Campus.

Jaffy Jee began recording music in 2015. In 2018, he recorded a cover in the of Eminem‘s song “No Love“, which received much attention through over community. Since his entry into the music industry, Jaffy Jee has released several songs.