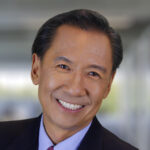 Gary Tang is an award-winning independent Producer, Writer, and Actor.

He is a filmmaker that does it all: writing, acting, cinematography, directing, producing, composing, singing, performing, sound and ADR engineering, dance and stunt choreography, editing, and special effects editing. Gary has worked in movies, television, and print in every capacity where he started off producing TV shows at Cable 61 Public Access, writing for a regional newspaper and the International Magazine “Electronic Musician”.