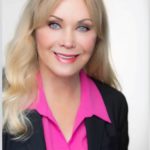 Dian was born in Burbank, California and is an original Valley Girl. Her family was known for training animals (such as Benji the Dog; Arnold the Pig), in “Beverly Hillbillies”, “Petticoat Junction”, “Green Acres”, and on numerous other TV shows and movies. Dian grew up surrounded by dogs, cats, pigeons, rabbits, guinea pigs, goats, and chickens. She is an animal whisperer and can communicate with several species of animals. Dian started her acting career at age 2 and has appeared in numerous commercials, TV shows, movies, infomercials, and PSA’s, as well as she is a spokesperson for several companies for products such as anti-aging skin care and procedures, vitamin supplements, and hair growth enhancements. Dian lives in a rural suburb with her husband Jai Singh and their two goats, nine koi fish, and two dogs. Dian has two daughters and five grandchildren. Dian is an Ordained Minister and has two Ph.D.’s, an M.S. in Psychology, and a Bachelors Degree in Behavioral Science. Dian also studied and worked on a Masters in Oriental Medicine. She is a published writer, director, producer, casting director, talent agent, paralegal, licensed massage therapist, Realtor, Reiki healer, Tarot card reader, and certified interior decorator. She is related to the Dick Van Patten family. Dian’s interior decorating designs have been seen on five Times Square billboards, and Dian and her husband Jai have been featured in several magazine publications.