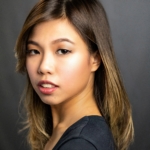 Currently based in Los Angeles, Cheryl K is a public figure, singer-songwriter, and actress from Malaysia and Singapore. Growing up, Cheryl is known for her music covers and short comedy skits on YouTube and Facebook. Today, she sings both the Opening Title Screen & Ending Credits Song of the Warner Bros. Pictures movie, “Crazy Rich Asians.”

Cheryl has been singing since the age of 8 for people including The Prime Minister and royalties. She started posting music covers online at 15. You may recognize her in YouTube covers of “Best Thing I Never Had”, “Love Never Felt So Good”, and “Do You Want to Build a Snowman?” Cheryl also acts in and creates videos on Facebook pages like 9GAG, LadBible, and Hygo. Some of which are “Short People Problems” and “What It’s Like To Be Sisters” viral videos totaling to more than 70M+ views to date.