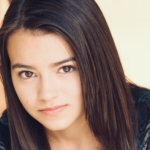 I began working as actress at the age of 4 starring in numerous films and television shows including Dark Water, Alien vs. Predator – Requiem, ABC’s Invasion, and many more. During these projects, I had the pleasure of working with talented actors such as Ben Stiller, Jennifer Connelly, and Christopher Lloyd. My training includes UCSD School of Theater & Dance, Marnie Cooper School of Acting, Simply Acting by Andrew Magarian, and Tony Gonzales Kid’s VO. I am a SAG-AFTRA member, and I am currently represented by CESD Talent (Theatrical) and LA Talent (Commercial).

I received my MBA in Film Production from John Paul the Great Catholic University. The short film that I produced, Rose & Raven, is currently making the rounds at film festivals nationwide. Most recently, this film was awarded Best Lead Actor and Best of Fest, the highest ranking judicial award, at the Blackbird Film Festival in NY.

I am currently the founder of and content writer for The Creator Blog, a faith-based blog for film industry professionals.