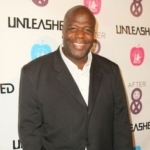 Alfred Rubin Thompson is an up and coming triple-threat, specializing in acting, voiceover, and music. With his trademark deep baritone voice and tall stature, Alfred grabs his fan’s attention both on and off the screen.  Recently, he worked with great talent Ed O’Neil on ABC Networks hit show “Modern Family” and NBC Networks hit new comedy “Marry Me”.  A.R.T. has made appearances on hit shows “Sons Of Anarchy” as recurring role as “Tyson” and hit drama show “JUSTIFIED” on FOX and FX Networks.  Alfred Rubin Thompson Co-Star role on CBS Network hit comedy show “How I Met Your Mother” with Neil Patrick Harris has exalted him to comedy genius.  A.R.T. supporting role in the HBO movie Hemingway & Gellhorn starring Hollywood heavyweights, Nicole Kidman, Clive Owen, Robert Duvall, Parker Posey, and Tony Shalloub received 16 Emmy nominations. A.R.T. co-stars in a feature films The Whaley Haunted House  and ABSTRACTION . Alfred captivated audiences with his unforgettable portrayal as Oakland Nate, a gangster rap producer in this suspense thriller “Decisions” starring the late Corey Haim in his last feature film role. On the small screen, Alfred will be co-starring on the upcoming much talked about episode of the critically acclaimed comedy, The Office; the final episode of Hollywood funny-man Steve Carrell, featuring special guest star Will Ferrell. Next on the horizon, A.R.T. newest feature film “DESERTED”

A native from Hollis Queens, Alfred has already hit the scene running with the best of the best in Hollywood. He has created characters into unforgettable performances that entertains audiences, as a result, from his performance in the widely successful blockbuster hit Alvin and the Chipmunks. In addition to his film credits, you can also see him Alfred has an array of commercial work to his resume including the recent FOX NFL spot; as well as national commercials with Burger King, AutoZone, Infinity, and more.  As a voiceover artist he was recently featured in the Super Bowl XXVI Boost Mobile commercial as well as using his unique voice to countless others such as Covington Chrysler, and Placid Studios to just name a few.