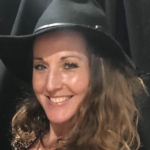 Aimee Schoof and Isen Robbins founded Intrinsic Value Films and have produced more than 35 feature films. Of those, nine have premiered at the Sundance Film Festival, four at the Tribeca Film Festival, three at SXSW, and one each at LA Film Festival, Toronto, Venice, New York FF, New Directors/New Films, and Berlinale to name a few. The company develops, produces and sells independent lms that have been distributed worldwide, have won many awards and been honored with numerous nominations. Accolades include winning a Sloan Sundance award, a Sundance Special Grand Jury prize, and being nominated 5 times by Film Independent as producers. They are currently both Sundance and Film Independent Fellows, have worked in international sales attending all major markets, and regularly lecture on film finance and production. They have expanded into Television and currently have a slate of scripted and unscripted projects and feature films in all phases of production.  Aimee and Isen are both partners in comic book publishing company Red Giant Entertainment, developing comic book properties for film and TV.