£1 MILLION FILM FUNDING to turn your Short Film or Pilot into a Feature or Series!

As always, there’s a great discount for INFOLIST.com on Submission Fees- details are below!

WIN £1 MILLION FILM FUNDING AND MAKE YOUR SHORT OR PILOT INTO A FEATURE OR SERIES!

Are you ready to make the move from short films to full features (or pilot to series) while gaining great exposure to industry decision makers who matter?

We are seeking Short Film submissions (between 3 and 30 minutes) and Pilot submissions (up to 45 minutes) from the brightest undiscovered filmmaking talent for our Berlin Showcase.  All contestants will be in with a chance of winning our GRAND PRIZE, unrivaled in the world of short filmmaking:

•  Equity financing
•  Post-production support from Oscar and BAFTA winners Twickenham Studios and The Unit
•  Sales and Distribution support from Carnaby International
•  Marketing support from The Agency
•  Theatrical release for your film, or worldwide sales and release of your series
•  10-part documentary series following your journey

–  Each successful submission will be screened in front of a panel of industry experts and lead investors.

–  This panel will select five winners who will then be pooled against the other winners from our showcases in Cannes, London, and Marbella held earlier in the year.

THE SHOWCASE WILL ALSO FEATURE:

MORE ABOUT THE FESTIVAL:

That Film Festival is backed and sponsored by Oscar & BAFTA winning Twickenham Studios, whom over 100 years have post produced blockbusters such as Bohemian Rhapsody, The Italian Job, Baby Driver, Goodbye Christopher Robin, The Martian, and many more.  Twickenham Studios is supporting the £1million film funding prize by offering an additional post production budget and use of their studio with their award winning team.

The prize also includes international sales & distribution from award winning Carnaby International who are the team behind Silent Witness, Rise of the Footsoldier & A Lonely Place to Die.  The Agency who are the award winning marketing team behind BAFTA winning BROS documentary ‘After The Screaming Stops’, White Island & Rise of the Footsoldier will be offering the lucky winner website design and a year’s worth of digital & event marketing.

That Film Festival is a new age festival but backed by brands, film investors, and industry professionals who have been in the circuit for over 150 years combined.  We aim to discover unique talent in a different way and give film makers the opportunity, platform and team to fast track their success.

Film Maker David Cohen from London was crowned our winner for 2018, and has already started development on making his short into a feature.  His journey has kicked off with a tour and dinner with the Twickenham Studio team, and they are currently working on script & development.  David’s entire film making process will be covered in a 6 part docu-series which will be released in 2020.

Do you think you could be the next game changing film director?

Use special discount code INFOTENOFF to get 10% OFF on Submission Fees at the submission link below:

We look forward to receiving your submissions! 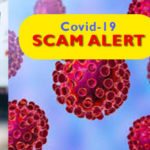