Here’s a great opportunity for people who have been MARRIED OR ENGAGED AT LEAST 4 TIMES – and are currently in a new relationship – for a new television series from an Emmy Award-winning production company for a major television network.

PEOPLE WHO HAVE BEEN MARRIED OR ENGAGED AT LEAST 4 TIMES

We are searching NATIONWIDE for people who have MARRIED OR ENGAGED AT LEAST 4 TIMES – and are currently in a new relationship – for a new television series from an Emmy Award-winning production company for a major television network.

•  Do you know someone who is always the bride and never the bridesmaid?

•  OR always the groom and never the best man?

•  Are they now in a new relationship… and thinking of maybe doing it again?

A NEW TV SHOW is casting across the United States for men and women who have been previously engaged OR married at least four times, are currently in a relationship, and wanting to possibly marry again!

There is compensation if cast in the show, to be negotiated with the network.

Be sure to mention you heard about this from Jeff Gund at INFOLIST.com for priority consideration, and email ALL the information requested below to:

Be sure to include:

3.  City/State where you live

4.  A brief bio about you, how many times you’ve been married or engaged, and a bit about your current relationship, and any marriage or engagement plans.

6.  Be sure to mention you heard about this from Jeff Gund at INFOLIST.com for priority consideration! 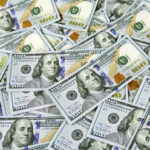