Details are below – as always, feel free to forward if you know someone who might be interested, and use the special link below to get your Special Bonus!

THE INSIDER’S GUIDE TO

ONLINE – so you can attend from ANYWHERE!

If you’re anything like me, the desire to make movies is your reason for getting up in the morning.  Whether you’re writing, directing, producing – or all three – there’s something magical in the act of storytelling that takes the emotions and images in your head and puts them on a 60-foot screen.

However, there is one big problem:  Making a movie is freakin’ expensive!

So what do you do?

The answer is as simple as it is challenging:  if you’re going to have a sustainable career as a filmmaker, you have to know how to find, contact, and secure a steady stream of enthusiastic film investors!

Here’s the good news: I can show you how to do that.

My name is Stu Pollard. I’m an independent producer who has raised millions of dollars and made over 20 features.  My films have been seen on Netflix, Amazon, HBO, Hulu, Showtime, most streaming platforms, and sold internationally across dozens of countries – and not one of them was financed by a major studio.

In addition to making films, I regularly teach at Film Independent and the USC School of Cinematic Arts,  I guest lecture at dozens of festivals and film organizations across the country, and I support filmmakers through the education wing of my production company, LunacyU.

I’ve been where you are right now.  I know what it’s like to be a filmmaker with big dreams but no money.

But I have good news: you DON’T have to stay there!

Just imagine: YOU can have access to film financing and more control over your career trajectory!

Because when you learn how to find, contact, and attach motivated film investors, you can greenlight yourself!

This is where my INDIE FILM FINANCING masterclass comes in…

THIS LIVE ONLINE SEMINAR WILL TEACH YOU:

•  The #1 tool you need to have to help you find and secure motivated film investors (and it’s NOT a pitch deck or business plan!)

•  How to build an authentic outreach strategy for high net worth individuals and other potential film investors – even if you don’t know a single “rich person.”

•  What to say in the room when you finally secure a meeting with a potential investor (and why it should not be a pitch!)

•  How to identify and present a mutually-beneficial partnership that guarantees “psychic profit” so that more first-time investors become repeat investors!

PLUS – A Live Q+A Session!!  Hit me with questions related to film financing, investors, business structures, and even crowdfunding (my co-host will be Justin “The Kickstarter Guy” Giddings, the #1 crowdfunding coach for Film with over $9 million raised and 250+ successful campaigns)!

Stop waiting for your career to “take off” and start taking action to get your next film financed!

We invite you to register and I hope to see you there!

INFOLIST.com members can use the special link below to sign up for the FREE CLASS, and get 50% OFF!!  if you decide to register for any of their paid classes!  PLUS – you’ll get a FREE CROWDFUNDING CONSULTATION valued at $150 (one-on-one, 30-minute consultation with the Kickstarter Guy)!

Register now at the special link below:

Stu Pollard  is an independent filmmaker originally from Louisville, KY.  He’s produced more than twenty feature films over the course of his career including nine in his home state.  Some recent projects are Rust Creek (recipient of the ReFrame Stamp, spent over a week in Netflix U.S. Top 10), Plus One (winner of Tribeca Film Festival Audience Award) & Freeland (World Premiere at SXSW, 100% on Rotten Tomatoes).

Pollard founded Lunacy Productions in 2015 to expand his storytelling horizons and break free of the “one-at-a-time” indie filmmaking model.  This has sparked numerous new collaborations with both emerging talent and established creators.  Lunacy has more than a dozen feature and episodic projects in development, including several based on best-selling source material.
Stu has also directed two features: Nice Guys Sleep Alone and Keep Your Distance.  In his spare time, he teaches at both Film Independent and USC’s School of Cinematic Arts.  He recently launched LunacyU, an online learning platform, where he teaches his renowned INDIE FILM FINANCING course.  He holds a degree in business from Georgetown and an MFA in Film from USC, is a member of the DGA and PGA, and serves on the boards of the Louisville Film Society and GU’s Alumni Board of Regents.

Justin Giddings is an award-winning actor, writer, and director who got sick and tired of waiting for permission to be creative.  Despite success as an actor on shows like Shameless, Nashville, Pretty Little Liars, and General Hospital, Justin decided to get behind the camera.  His and his partner’s first two shorts played at over 100 film festivals around the globe, winning multiple awards and best-ofs and gaining distribution and development deals with Gaiam TV and Gunpowder & Sky.  Justin’s short script The Peregrine won Slamdance’s Screenplay Competition in 2020.

While he continues to work as a writer and director, Justin also has the distinction of being the Kickstarter Guy, the #1 crowdfunding coach for filmmakers.  He’s coached over 250 clients, helped raise over $9 million, and has a 97% success rate.  He’s an official Kickstarter Expert, a Forbes Business Coach, and regularly teaches with organizations such as Film Independent.  The empowerment of a filmmaker to totally control their creative expression in the world continues to drive Justin’s coaching and educational work.

Register now at the special link below: 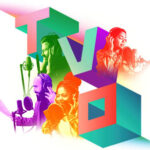 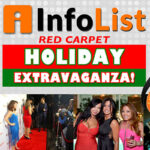