Here’s info on the CHINA-U.S. BUSINESS SUMMIT / ENTERTAINMENT FORUM coming up THIS MONDAY!

There’s an incredible 50% OFF discount for INFOLIST.com – and they’ll have top speakers from film, television, and media – whether you’re a content creator, influencer, writer, producer, or performer, this is a not-to-be-missed event!

Details are below – as always, feel free to forward if you know someone who might be interested, and be sure to mention I sent you!  Hope to see you there!

to Discuss the Future of Business in the Entertainment Industry

•  From Idea to Finished Product: The Making of an Independent Film

•  The Future of Business in Films, Television, and Photography

•  Bringing A Life to Life: Crafting A True Story Into A Film

•  There’s no Commercials on Netflix: the Future of Advertising and Marketing in the Age of SVOD’s

INFOLIST.com members can use special discount code INFOLIST and get 50% OFF!!  That’s just $60 (normally $120!) for an afternoon with top industry professionals!

Be sure to use special discount code INFOLIST and register now at:

For more information, contact the China-US Business Summit at:

Joe Ghera has over 10 years of experience evaluating projects for the highest return on investment, providing additional funding and creating strategic alliances to enhance and protect his investment partners’ overall investments.  He was trained in film finance by world-renowned experts in the field, on the shoulders of giants like Bram Goldsmith and Lew Wasserman.

Joe is the CEO of Entertainment Finance LLC, which provides financial and ancillary resources and facilitates funding to qualified productions in the final stages of financing through private equity investment partnerships. Joe’s access to projects with A-list talent, funding, and eminent distribution creates the safest and most promising return for his investment partners.

  Barry Morrow is an Emmy and Academy Award winning writer/producer best known for his original story and screenplay for the 1988 Best Picture, “Rain Man” (1988).  Morrow’s autobiographical story, “Bill” (1981), starring Dennis Quaid and the late Mickey Rooney, was hailed by the New York Times as Rooney’s most enduring role in his 90-year career.

Barry’s new movie, “All You Ever Wished For,” a romantic comedy starring Emmy and Golden Globe winner, Darren Criss, and super-model actress, Madalina Ghenea, was shot in the Italian Alps and in Rome.  The film premiered in Rome, the Isle of Capri, and Los Angeles, and will roll out on all platforms on June 4th.

Kevin Michael Schmitz is also the founder and director of the largest and most high end photographic and film production educational workshop series in the world.  For the last 10 years, Photography Workshop Series and Film Production Workshop Series has directed 118 elite educational workshops around the world. Launching an entire new platform for 2019 on high end video webinars that will give photographers and filmmakers the opportunity to engage world class educational experiences from the best in the industry at any point around the world. Kevin Michael has his MFA in Photography and is passionate about mentoring emerging artists to catapult their careers to the highest level of their potential to create the greatest images they have ever shot in their lifetime guaranteed, and give them a solid business strategy plan to become profitable as an independent creative business owner.

 Kyle Saylors’s creative talents as Director, Producer and Director of Photography have seen his projects as “Official Selection” status in over 100 festivals worldwide, including, Sundance, Palm Springs International Film Festival, Berlin, and Pusan, while his previous credits have been distributed and aired on such networks as Hulu, Netflix, NBC Sports, Amazon Prime (including the Top 10), FOX Sports, PBS, BBC, NPR, MTV, BET, CBS Sports, ESPN, the Golf Channel, IFC, the Sundance Channel, USA Network, the Documentary Channel, and many more.

Roger Mincheff currently serves as the President and Chief Content Officer at Big Boots Studios, which has several premium engagement platforms launching with major media partners across entertainment, sports, gaming, and music.  Mincheff previously launched Relativity Digital Studios, producing short form, long form and digital feature film properties.  Before Relativity, Mincheff led the creation of Fox Digital Studios and was President of Myspace Entertainment after engineering its sale to Specific Media and Justin Timberlake.  A veteran producer, he has greenlit digital, TV and film properties including The Covenant (2006) and Vin Diesel’s The Ropes (2011).

 Working on international trade for close to 15 years, Andre was instrumental in growing his family business from music shops to a powerhouse that handles large scale A/V contracts in Television, sporting venues and outdoor advertising.  Having lead many projects involving a several stadium systems for the 2012 Sochi Olympics, as well as one of the largest outdoor LED displays in Moscow, he’s worked with many companies across the globe.

Recently ending a close to 2-year stint as in-house producer at Netflix, he’s now leading teams of creatives as President and Partner at both Stormbringer Entertainment (a production company with over 18 projects in development) and Stormbringer Digital (a creative digital agency with offices in LA and Sydney).

Be sure to use special discount code INFOLIST and register now at: 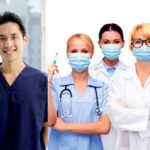