Details are below – as always, feel free to forward if you know someone who might be interested, and be sure to mention I sent you!

We are now CASTING SAG ACTORS for a paid thriller webseries shoot.

Symone is a dark, and mysterious series following the life of an acting reel production company owner who discovers she is being stalked.  After being turned away by law officials, she sets out on a mission to find the perpetrator unleashing the flood gates to murder, lies, and deceit.

Male / Late 40’s to early 50’s /African-American.  Tall and handsome.  He feels totally responsible for his marriage ending and wants Symone to give him another chance.  He is trying to be respectable and allow her the time she needs.  His real estate company is successful, and he wants to share it with Symone.

Male /  Mid-20s / Latin or Ethnically Ambiguous.  Sexy, heart throb has aspirations to be a successful film director.  He feels special because he is sleeping with the boss.  Mateo really likes Symone, but knows she is guarded.  He is hopeful that over time she will see him as a serious contender.  Ideally he would like to move in with Symone to get out of his parent’s house.

Be sure to mention you heard about this from Jeff Gund at INFOLIST.com, and email your HEADSHOT and RESUME, as well as any links to online REELS, and your CONTACT INFORMATION immediately to: 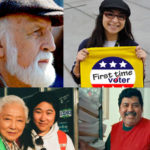 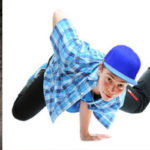