I wanted to let you all know about a company I’m part of that’s just launching – it’s a new interactive tool for screenwriters and producers that will make Hollywood WANT to read your script – and it’s called ScriptHop.

We’re partnered with industry giants including Final Draft, Untitled Management, Film Independent, Execs from Disney, WGA, and many others, including top A-List screenwriters from many of your favorite films and TV shows.

Designed in collaboration with top screenwriters, agencies, and execs, it’s a platform and set of tools called The Packet that’s set to become the new industry standard for sending scripts in Hollywood — an interactive delivery system that actually excites people to read!  And, most importantly – It will keep the writer’s vision intact as it travels throughout the agencies and studios.

PLUS – you’ll not only have increased, never-before seen security over your script, you’ll be able to make sure everyone always has the latest version of the script – and all the accompanying documents such as look books, show bibles, etc.

And did I mention it FREE to use?  Well, I’m mentioning that now!

And since INFOLIST.com is a partner with the company – you can use priority code INFOLIST to get a guaranteed space, since there’s only limited number of invite-only slots available to the general public during the initial period of our launch!

ANNOUNCING SCRIPTHOP – A NEW PLATFORM & TOOLS THAT WILL MAKE HOLLYWOOD WANT TO READ YOUR SCRIPT!

ScriptHop is launching a new FREE tool designed by the former head of the Story Department for UTA in collaboration with A-list writers and execs that sets a new standard for how to send scripts in Hollywood.

This intelligent “Packet” helps you secure a single source of messaging for your projects via a game changing, interactive experience that can be emailed or texted via a link.  Recipients clicking on the link are immediately presented with an engaging, interactive description of the project (our tech creates most of this for you on the fly, and you can elaborate on it to your hearts desire with your own materials as well!), plus the project’s status, additional info, and and always the most recent revisions of the script, show bible, or lookbook.  The Packet protects and promotes the writers vision and – most importantly – every aspect of the experience and its interactive features have been engineered to excite people to READ THE SCRIPT!

PLUS – we utilize new, state of the art security features to protect your script!

And, it’s completely FREE to use!

ScriptHop has been featured in stories by The Hollywood Reporter, on IndieWire, and in the podcast from WGA Co-Chair Committee of Black Writers, Hilliard Guess (Links to the stories are below).

Since we’re just launching, we have a limited number of slots available to the general public – but INFOLIST.com members can use special priority invite code INFOLIST when you create your account, so you’ll be given a guaranteed slot, before the general public.

Use priority invitation code INFOLIST and create your account now at:

A new tool aims to get screenplays to the top of the pile at agencies and studios, and not tossed back onto the unwanted stack of unsolicited submissions

A new screenplay submission tool is designed to make writers’ — and readers’ — jobs a little easier.

“Even the simple act of allowing a screenwriter to create and attach their own synopsis and logline to a script that’s circulating is huge, and incredibly helpful.  A ScriptHop Packet gives screenwriters something they’ve rarely had in the industry: more control.”
— Jim Herzfeld – Meet the Parents, Meet the Fockers, Tapeheads

“ScriptHop is awesome!  So easy and intuitive, it sparks creativity and streamlines the whole business of getting stories green-lit.  As Hollywood seeks a new normal, innovators at ScriptHop are cutting the path.  I see huge success for this amazing script platform.”

“As a pro script reader, I’m after the script that makes me want to read more. As a screenwriter, I want to write a script that delivers more. ScriptHop bridges the gap. It streamlines the coverage process and lets readers read. And it revolutionizes the process of deploying a script — and lets writers take the reins.”

“I am incredibly impressed by the ScriptHop software.  Not only does it offer writers a fresh, new perspective on the structure and analysis of their projects, it allows them to create a vibrant format with which to present those screenplays to potential buyers. The ability to highlight dialogue, tone and form gives studios and producers an immediate, in-depth grasp of the content within.”

“ScriptHop is truly impressive and will be a game changer for any writer. Not only is it helpful for getting to know the ins and outs of your script, it puts the power back in the writer’s hands to market your script the way you want to market it. On top of that, it is also easy to use, beautifully designed, and ready to wow a potential buyer. ScriptHop is here to disrupt the game!”

“ScriptHop is such a gift to writers. So smartly organized, so intuitive, so easy to use, it helps showcase your material and put it in front of folks who can actually turn it into a movie.”

Use priority code INFOLIST and create your account now at: 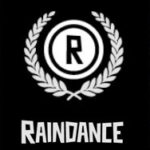 How to Set Up and Finance Your TV Show or Film – A 5 Week Online Intensive Course!

Actors: 3 Invisible Mistakes That Block You from Getting Awesome Representation – NOW Is the Time to Look for Agents & Managers! 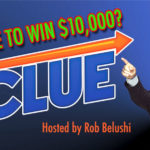 Casting Game Show Contestants for “Get a Clue” on GSN!

Scripts Wanted Based on True Stories

Awesome Dancers Who Are Ready to Conquer the Dance World – Share Your Talent and Journey on New Show for Major Streaming Platform!