Here’s info on a great ACTING CLASS on SCENE STUDY & TECHNIQUE  with top acting coach Ilia Volok, who has worked with and learned from such masters as Steven Spielberg, Ang Lee, Will Smith, Martin Landau, David Fincher, Oliver Stone, Mark Rydell, and numerous others.

Details are below – as always, feel free to forward if you know anyone who might be interested, and be sure to mention I sent you, so you can get a great discount on this – and all their other classes as well!

Over 150 Roles in Major Films & TV Shows, including

Gemini Man with Will Smith and Director Ang Lee,

and a Lifetime Member of The Actors Studio

ILIA VOLOK is an actor and teacher with over 150 roles in major films and television shows.  He is a member of the renowned Moscow Art Theater, a Lifetime Member of the legendary Actors Studio, and has 25 years experience in films and TV shows such as Indiana Jones and the Kingdom of the Crystal Skull, Mission Impossible: Ghost Protocol, The Curious Case of Benjamin Buttons, and more.

Ilia has taught at The Lee Strasberg Institute, providing his experience and talents to many ambitions actors and artists.

He has worked with and learned from such masters as Steven Spielberg, Ang Lee, Will Smith, Martin Landau, David Fincher, Oliver Stone, Mark Rydell, Shirley Winters, as well as numerous others.

Be sure to mention INFOLIST.com when you register, and get 40% OFF your first month!  That’s just $105 (normally $175) for four weeks/4 sessions with Ilia Volok!

PLUS, if you mention INFOLIST.com  when you sign up for this class, you can also get 40% OFF ALL their other classes as well!

Be sure to mention you heard about this from Jeff Gund at INFOLIST.com so you can get 40% OFF on this class, as well as all their other classes!

EMAIL your Name, and contact Phone Number, expressing your interest in the Ilia Volok Class to: 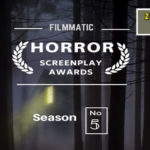